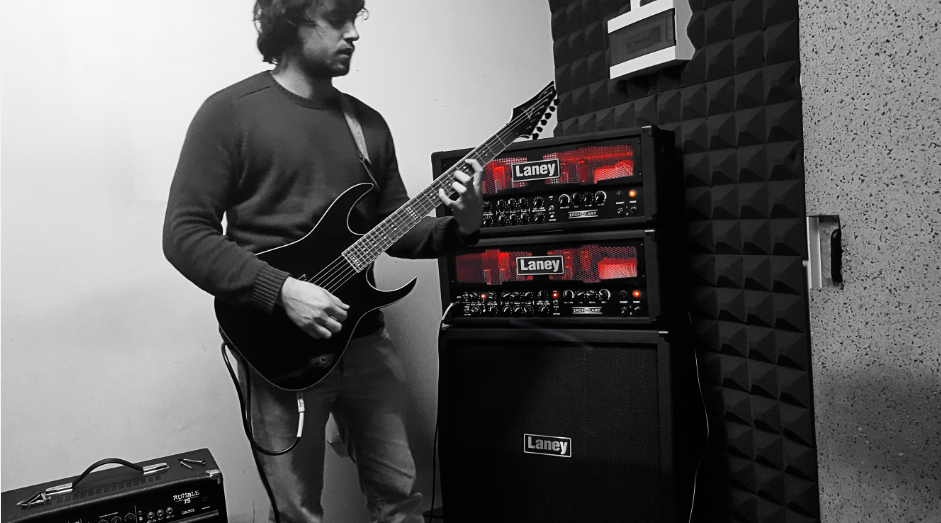 Pablo del Campo is a Spanish composer and musician who since 2017 has worked in many productions, mainly films and video games.

From multi-disciplinary training, he studied the Master’s Degree in Composition for Audiovisual Media at the Katarina Gurska School of Music with professors such as Eva Gancedo (composition for film), Jaime Gutiérrez (orchestration) and Mario Gosálvez (composition techniques), among others.

From a early age, Pablo showed an incredible passion about soundtrack music (both films and video games) and step by step he became in a great music lover specially interested for rock, jazz, metal and classical music. At the beguining of his trajectory, he took lessons of guitar and fundamentals of modern harmony with different experimented musician and joined with rock bands of various styles (folk, progressive, hard rock) where I got experience in live performances (even in radio and TV) and he participated as musician/composer in different publications.

At the same time, Pablo studied piano, classical harmony, counterpoint, analysis and composition at the Cristóbal de Morales Conservatory in Seville and also Orchestra and Band Conducting at the Diésis Academy (under the tutelage of the conductor José Miguel Rodilla), the University of Seville and the University of Almería. Finally he studied jazz and Big Band arrangements under the tutelage of Miguel Blanco.

Nowadays,he combines his musical life with his experienced career as an Industrial and Electronics Engineer in the field of analog and digital signal processing and software development for European research projects.